Each year since 2003, the Cybec Foundation has supported a program whereby four young composers are selected to write 10 minute pieces for a particular orchestral combination. Each composer has a mentor, an established Australian composer, who works with them during the composition process. On Saturday we heard the outcomes of this work for 2017 performed by the Melbourne Symphony Orchestra in the Iwaki Auditorium. Two of the four pieces will be selected for performance during the Metropolis New Music Festival, held in Melbourne in May.

Cassie To, from Sydney, had written The Reef, an evocation of her frustration at the demise of The Great Barrier Reef. It was clearly a program piece, with tinkling harp and percussion depicting the reef’s fragility and menace coming from the deeper instruments. I very much liked the idea of devoting a piece to such a grave issue. For me, the piece didn’t strongly enough suggest the disintegration of the reef. The menace of the deeper instruments reminded me of depictions of ocean depths, such as in Vaughan Williams’s Sinfonia Antarctica rather than the breaking up and dying of the reef.

Second on the program was Stephen de Filippo’s Static Anxiety. Stephen is based in Perth. Taking what to me seemed a technical and psychological approach, the work aimed to cause anxiety through stasis – a lack of motion. As the program notes said, ‘This idea is conveyed through detailed alteration of otherwise quite slow moving lines, introduced by the clarinet. This idea is paired against agitated interjections from different instrumental groups, as well as a repetitive pulse which is echoed through the strings, piano and percussion’.

The third piece was by Brisbane-based Connor D’Netto. Called Singular Movement, it was a very gradual and sustained progression. Within this overall development, some instruments moved from smooth sustained sounds to short, sharp notes whereas others did the reverse. Nothing was sudden, yet in the relatively short time provided the piece ‘traverses vastly contrasting textures and musical ideas’.

The final piece, by Ade Vincent, was The Secret Motion of Things. It was inspired by utilitarian philosophy, particularly work of Francis Bacon and explores the idea of artificial intelligence – will it serve our needs, or will it usurp our dominance? Ade describes the music: ‘the work begins with a vast, expansive opening act that gives way to a surging and driving conclusion. I used the opportunity to explore a range of sounds and extended techniques, many of which I have not attempted before, with the ultimate aim of injecting a sense of wonder into the piece, followed by an urgent, relentless and unstoppable momentum.’ 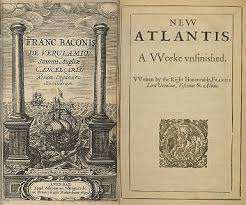 All four composers were present to hear their works performed. They were interviewed by the conductor. Some had made revisions and adjustments when they first heard their music rehearsed with the orchestra. Nevertheless, each of the composers has a substantial CV – experience writing film scores, chamber music, commissions with groups such as Plexus and the Tin Alley String Quartet.

My choice of two pieces to be performed at Metropolis would be Static Anxiety and The Secret Motion of Things. They seemed particularly fresh and engaging. Let’s see what the judges decide!