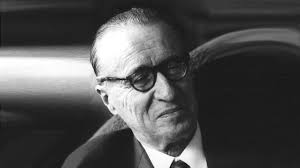 This piece suits the double reeds perfectly and is woven together by an often jazzy piano part. Many of the movements are lively – phrases are tossed off, as if playfully (although in fact many are difficult to execute) contrasted with lyrical writing, in particular I noticed some beautiful phrases for bassoon – it does a great deal more than plod around the bass line. 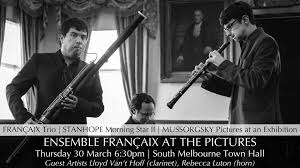 At the first concert the trio was joined by clarinet and horn to perform Paul Stanhope’s Morning Star II (1993). Stanhope is a Sydney composer. Much of the work was minimalist in nature, but lyrical passages reflected aspects of Australian Indigenous music.

The clarinet and horn remained with the group to perform Mussorgsky’s Pictures at an Exhibition (1874). I didn’t think that the instrumental arrangement added much to the overall conception of the piece, although it did bring out aspects that usually aren’t prominent. My preference is for the original piano solo version.

The second concert featured Ensemble Franҫaix without additional instruments and displayed the inherent versatility of the oboe, bassoon, piano combination. Here we heard a trio by André Previn (1994) – known for his jazz writing. As the three movements suggest (Lively, Slow, Jaunty), much of the music is busy and syncopated, but, particularly in the slow movement, also smooth with rich harmonies.

The final piece is a favourite of mine: Francis Poulenc’s Trio for Oboe, Bassoon and Piano (1926). Matthew, the bassoon player, reminded us that Poulenc was influenced by Mozart – and although I’m very familiar with the piece, I’d never thought of that before. Knowing this helped me to become aware of the beautiful aria-like phrases that mingle with French jollity. 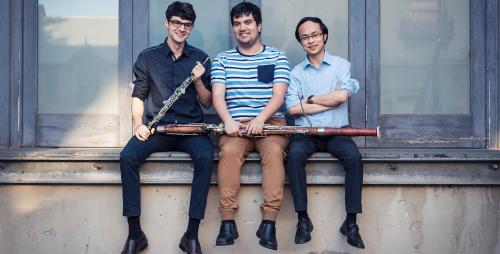 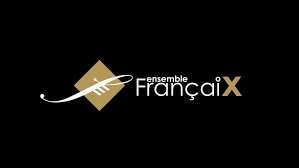