This ten movement symphony of Messiaen (the only symphony he composed) is not often performed, so it was very exciting to hear this superb performance – a collaboration of the fine players of the Australian World Orchestra and Australian National Academy of Music, conducted by world-class Simone Young. The actual technical performance seemed brilliant and for one and a half hours I was plunged into constrasts of exuberance and tranquility. 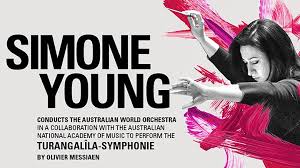 ‘Turangalîla’ is a Sanskrit word that combines ideas of rhythm and passage of time with divine cosmic play, or love. Messiaen’s interest in the nature of time – cyclic, as in Hindu beliefs – is addressed in his Quartet for the End of Time, discussed elsewhere, where ‘the end of time’ is both literal and figurative; the final movement becomes so slow it runs out of rhythm, conveying infinite slowness – the end of time. This symphony is seen as ‘playing with the passage of time’; moving through the traditional symphonic idea of different movements, yet expressing something static or cyclic. Themes suggesting static time, played by lower brass, and love, marked caressant, played by woodwind, recur through the symphony.

The listener is immediately aware of expansive instrumentation: a large conventional orchestra of strings, wind, brass, with a huge percussion section (10 players), piano, celeste, glockenspiel and ondes Martenot. The ondes Martenot is an early form of electronic instrument developed (by M Martenot) in 1928. This symphony was composed 20 years later. Wavering notes are produced by varying the frequency of oscillation in vacuum tubes. The sound (through three speakers) dominated certain sections. Loud and electronic, at times it reminded me of sounds that occurred when old valve radios were tuned. The piano part is virtuosic, rippling, or at times crashing, over the compass of the keyboard.  The piano part was played brilliantly by Timothy Young and likewise, Jacob Abela excelled on the ondes Martenot. 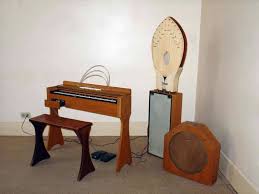 Themes of love in this symphony have been described as expressions of passionate yearning. I was at times transported to a tranquil oriental flower garden and at other times swept up with the frenzied passion of yearning. Three of the ten movements are explicitly involved with love:  Chant d’amour 1 and 2 (2nd and 4th movements), and Developpement de l’amour (8th movement). Three movements are entitled Turangalîla (the 3rd, 7th and 9th). The informative program notes of Elliott Gyger suggest that in these movements ‘the ‘’bones’’ of the music – melodic, rhythmic and structural – are exposed’. My experience was that these movements seemed less lush but provided an integral contrast with the ‘amour’ movements.

The fifth movement is entitled Joie du sang des étoiles – joy of the blood of stars. Messiaen said of this movement: ‘the union of true lovers is for them a transformation and a transformation on a cosmic scale’. For me, this suggests a plane like Schoenberg’s Transfigured Night. Elliott Gyger describes the huge increase in volume at the end of this movement: ‘it is as if the crescendo were protracted into infinity, and is merely cut short in the score because human ears can take no more’.

This movement is followed by Jardin du sommeil d’amour (garden of the sleep of love). Gyger suggests that this is the centre of gravity and ‘here at last the fulfilment . . . is realised’. The final movement is not a resolution, not lasting – a determinant of time, once again. Gyger’s ‘fulfilment’ is not necessarily lasting, he comments: ‘Although the ecstasy of human love is for Messiaen a glimpse of the infinite, it is only a passing moment, and not to be compared with the fulfilment of divine love.’ 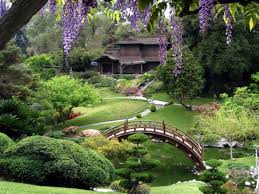 For me, the experience of hearing this performance of the Turangalîla Symphonie is by no means transitory – it’s not the case of whistling a melody or being overtaken by an ‘ear worm’, it’s the experience, the brilliance and the sense of jubilation that remains with me.