The seventeen carnations were given to Wallis Simpson by Ribbentrop, Hitler’s special commissioner in London, with whom she may have been having an affair before she married Edward VIII who abdicated from the English throne before his coronation.

I had understood that the abdication was purely because Edward, as king, was not permitted to marry a twice-divorced woman – however, it seems, from Morton’s account, that the British government may have been pleased for an excuse to claim that Edward should not remain king as he had dangerous connections with the Nazi Party. Just before the War, Edward and Wallis visited Hitler who considered that ‘when’ the Nazis won the war and conquered Europe and England, Edward, with his Nazi sympathies, would be an ideal puppet king of England. It was also planned that, through Operation Willi, Edward would be kidnapped by the Nazis and enticed into negotiating peace with them – a ‘peace’ that inevitably would favour Nazi domination of Europe.

I was pleased to be made more aware of these facts, but by the time I was half way through the book I started to struggle – there were so many details, so many names and at times the book was more about Nazi spies in and around World War II than the story of Edward and Wallis. Edward and Wallis, Duke and Duchess of Windsor were not permitted to settle in England after the abdication.

Edward was not invited to his niece’s wedding in 1947 or to her coronation in 1953 – they returned only in death, when they were buried side by side at Frogmore in the grounds of Windsor Castle.

Edward comes over as very weak. Indeed maybe all of the children of George V and Mary suffered from the remote and severe upbringing provided – George VI’s stutter is well known. 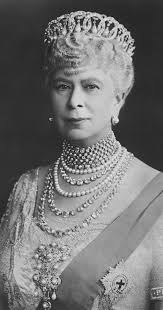 I had thought that Wallis was poorly thought of purely because the royal family hated her so and referred to her as ‘that woman’. But maybe the label was deserved. After marriage to Edward it seems that she continued to have affairs and when he was dying of throat cancer and desperately wanting her by his side, there was only a nurse to look after him and Wallis was away with her lover. (This I learned from other sources, Morton doesn’t mention it.) A colourful story, but Morton’s book became rather tedious and I was glad when I’d finished it.

2 Comments to “Andrew Morton: 17 Carnations, a book about Edward VIII and Wallis Simpson”