Anna Ziegler, who wrote the play Photograph 51 about Rosalind Franklin’s role in the discovery of the structure of DNA, claims not to be a scientist. Neither am I, but I do think that the discovery of the double helix structure of DNA — the structure of our unique genetic code —  must be one of the most exciting discoveries of the 20th century.  So much that we already take for granted has developed from this discovery, announced in February 1953: pre-natal screening for disease genes, ability to identify human remains and to accurately analyse evidence that can convict or exonerate criminals, to list but a few examples. 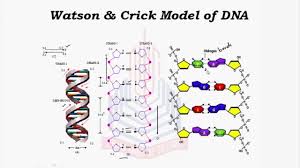 For me, the play lacked passion and energy. Maybe this was partly the Melbourne Theatre Company production — a bare stage setting, aptly introduced by Mary Finisterer’s music, written especially for the play — I didn’t notice it after the introduction, which suggests it was probably well-suited and not over-intrusive. 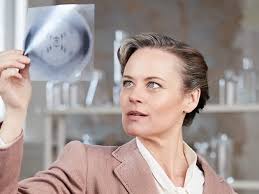 It is believed that scientists Watson and Crick appropriated Rosalind Franklin’s work on X-ray diffraction photography enabling them to be recognised as the ‘discoverers’ of the double-helix structure and to be awarded the Nobel Prize whereas Franklin was overlooked (not helped by the fact that she died of ovarian cancer before the prize was awarded).

It is said that on the day that Watson and Crick ‘confirmed’ their ‘discovery’ Crick went into The Eagle pub and blurted out, ‘We have found the secret of life!’ and the play makes much of the role of personality in scientific inquiry. The double-helix is a pairing, and Watson and Crick worked well together whereas Franklin and her work partner, Wilkins, did not.

The play refers to what is presumably a fact, that one weekend Franklin and Wilkins separately went to Shakespeare’s A Winter’s Tale, but didn’t talk to each other although Wilkins did see that Franklin was there. A shame that something couldn’t have been made about false accusation, or a statue coming to life.

I came away from the play feeling rather flat — had I missed something? Was it the stark stage setting? The only props were models of the DNA structure which, with lighting, blended together as did Crick and Watson, elated by their ‘discovery’. Certainly, the reserved, serious female scientist was overlooked — she didn’t attempt to ‘sell’ herself or her discovery. She died at the age of thirty-seven — possibly her ovarian cancer was caused by exposure to X-ray during the course of her work.

3 Comments to “Photograph 51 by Anna Ziegler”