I discovered Adam Roberts this year and so far have read two of his books, The Snow and The Black Prince. This year Tony Thomas gave a comprehensive talk about Adam Roberts to a Science Fiction group, the Nova Mob, http://fancyclopedia.org/nova-mob and I will draw on  Tony’s talk in this piece. 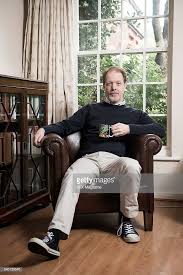 Adam Roberts is an extraordinarily prolific writer, as Tony describes:

Adam Charles Roberts was born on 30 June 1965, which makes him 54 now. He apparently spent his early life reading sf and then his twenties pursuing his academic career while still reading sf. In 2000 when his first novel Salt was published and he was 35 he was a lecturer at the University of London, specialty 19th century literature, thesis on the poet John Clare. Later he was a Reader and now he’s a Professor of 19th Century literature – his day job he calls it – at Royal Holloway, London University and lives in Berkshire with his wife Rachel and has two children. The Professorship he holds apparently is the same one formerly held by J. I. M. Stewart, better known as crime writer Michael Innes. 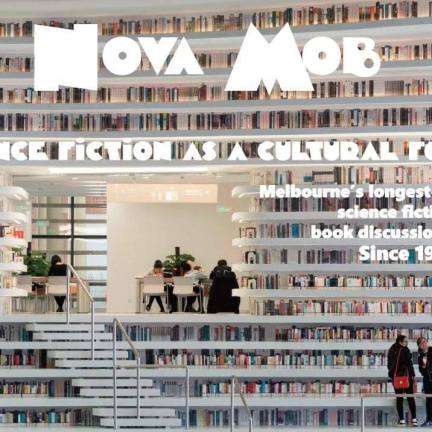 So, as well as being a Professor of 19th Century literature, Roberts manages to consistently produce a couple of very good novels each year.

The first Adam Roberts book I read was The Snow.  As Tony Thomas says,  it begins as a standard disaster novel in the mode perhaps of Wyndham or early Ballard: The Day of the Triffids, or The Wind from Nowhere. Here the snow comes from nowhere, and continues to fall each day, and continues to fall. London streets and houses are gradually covered, with inhabitants moving to upper stories, and travelling by rooftops. Eventually the snow is three miles thick over the whole earth, billions have died.

All forms of communication cease. We don’t know exactly why this has happened: maybe an experiment gone wrong or maybe it’s the extra-terrestrials? Somehow Tira and a few other (total 150,000) people survive by living underground in airlocks – such as an abandoned office building. Tira is rescued by Americans who have established a military society, in a place called Liberty, above where the US is located (‘NUSA’, the New USA). The survivors are all military minded — most Democrats don’t make it. Tony suggests that Roberts was imagining something like Donald Trump’s current cabinet. They somehow have sufficient drones and aircraft for this society but it is, apparently, never possible (or else they keep it secret) to explore the rest of the world – is Australia under 3 miles of snow? One of the things I liked about this book was the writing style. At first it is conventional narrative, but then there are bits written as legal documents – confessions. People’s names are blanked out, as they might be under a repressive regime. This device helps to make the whole extraordinary idea more plausible.

Tony points out that most reviewers didn’t like the novel, finding the snow bore too much allegorical weight – ‘veering dangerously into allegory of darkest entropy: personal, political, planetary’ – writes John Clute, but Roberts is more subtle than this, and as usual too there’s quite a lot of relieving humour, which many reviewers also didn’t like.

The second Adam Roberts book I read this year was The Black Prince. I’ll hand over to Tony Thomas for a full description:

The Black Prince is Adam Roberts’s first historical novel, and it’s great. It was commissioned by the Anthony Burgess estate based on an unpublished script by Burgess left after his death. Just a shortish script, which Roberts (a great admirer of Burgess) expanded and embellished to make a novel. He originally incorporated quite a bit of Burgess’s dialogue, but lost most of this in subsequent revisions as the dialogue didn’t seem suited to the novel he was creating, so we’ve ended up with a work much more Roberts than Burgess. It was published by the crowd funding publisher Unbound, with the help of 434 supporters …  Once the required amount of money had been accumulated, the book was able to be published, and contributors received a signed copy of the first edition hard copy, plus, depending on the amount of their contribution, various other gifts such as signed earlier books by the author. The contributor giving the most got copies of all the Burgess books Roberts had read before launching into the project, ie the whole of Burgess’s rather extensive oeuvre, sf, novels, non-fiction and all. 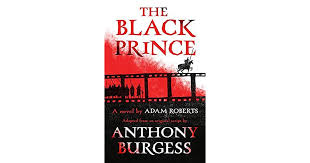 But back to The Black Prince itself. And first a little historical background. Edward, the Black Prince (1330-1376) was the eldest son of King Edward III of England, and thus heir and Prince of Wales, but he died before his father and so his son Richard succeeded to the throne instead, as Richard II. Edward, the Black Prince (black for his armour) was an important commander in the hundred years war, mainly in France, but also in Spain, where he was involved in the important and still remembered battles of Cressy, Poitiers, Najera, and Limoges (in this latter case the town was besieged and sacked and everyone in the town, on Edward’s orders, was slaughtered. This very bloody encounter forms nearly the final chapter of the novel, probably the point at which reviewer Margaret Drabble had to stop reading, as she suggests in her favourable review in the TLS.) Four or five hundred years later, England was still doing the same thing to France. Many of these names will be familiar to students of history, not to mention readers of Shakespeare, whose second historical tetralogy begins with Richard II (the Black Prince’s son), and in which John of Gaunt, Edward’s brother and fellow campaigner in France, is an important character. Richard II is deposed by John of Gaunt’s son, his cousin, Henry Bolingbroke, the man who became Henry IV and featured in two further Shakespeare plays.

So Roberts had to write about a world somewhat familiar to us in broad outline, but very unfamiliar in its day to day details. It is hard for us now to know what life was like for those living, fighting, and dying in it. Clearly research will fill some of these holes, and fantasy authors have similar issues to face in creating their worlds. But as  Roberts writes in a blog on this subject in June this year, there’s more to it than this:

Modernity has largely replaced the old warrior values of feudal society like bravery, loyalty and strength with bourgeois virtues like honesty, decency and hard work. There has been, in the West, a profound shift from a shame culture to a guilt culture. Post-Romantic aesthetic sensibility—and therefore, sensibility as such—is different to pre-Romantic aesthetic sensibility. We are not just less violent nowadays than people used to be in the past, we are many orders of magnitude less violent, because (I’d argue) life is immensely less constrained and frustrating than it used to be. People are still people of course; they deal with many of the same basic ontological necessities that people always have. We still yearn, rage, labour and rest; we still love our children and decline towards death. But in important ways we not only live in different surroundings but are different people now.

Roberts goes on to say: A historical novel doesn’t have to reflect that, in any absolutist or prescriptive sense; and I cast no aspersions on people enjoying the escapist pleasures of the bodice-ripper. But I would say that a good historical novel at least needs to attempt it. Writing SF or Fantasy, as I usually do, is not that far away from writing a historical novel: world building an unfamiliar environment, recreating the mindworld of characters who believe in magic, construing the-past-as-such into some kind of present-day relevancy (for what else are Tolkien, Moorcock and George R R Martin doing if not that?) But more importantly, writing a historical novel needs to be more like writing SF or Fantasy in that it ought to estrange us from its material to one degree or another. A historical novel that doesn’t estrange has failed, I think.

Tony Thomas then asks: So what does Roberts do to achieve his estrangement? He adopts some experimental techniques copied from Dos Passos via Burgess… Interspersed with the more usual prose sections are, firstly, twenty short Newsreels, modelled on the old Pathé Newsreels, just headlines and a few words, widening the narrative so we get some potted history, some trivial events of the time, songs, some feeling for a wider world – but in a very deliberately fragmented way. The other interspersed sections, Camera Eye, mimic what a camera might see in the hands of an expert director, cutting from one view to another, revealing a character’s thoughts and memories in broken stream-of-consciousness half sentences. But the main part of the novel is carried in the sections given to individual characters, with two of them reappearing several times at different stages of their lives: Edward the Black prince himself and a commoner and sometime soldier in Edward’s army, Black George. The woman who becomes Edward’s wife (in her third marriage), Joan, called the Fair Maid of Kent, in her reappearing sections introduces the only element of fantasy into this novel, as she is a wise woman who can to some extent see the future. Little however is made of this, except for the effect that it has on her own actions, and the need for her to be careful not to be called a witch, a danger for even a high-born woman like Joan. The multiple sections allow Roberts to introduce a wide range of characters from different classes, and have them speaking in their own voices, which he writes was “fun” – but more than this, I think, it expands our vision to a whole world, and a very unfamiliar world.

I loved the way that Roberts showed us 14th century vistas, swooping over scenes of 14th century France like a film camera.  The writing made this time come to life, for me, even more than Hilary Mantel has done. The descriptions of bubonic plague and bloodthirsty battle are horrific – we feel what it was like to be in a suit of armour when suffering from dysentry. And we even hear the arrows whistle through the air in battle.

Thanks to Tony Thomas for the excerpts from his Nova Mob paper on Adam Roberts.