I have written recently about the beautiful setting for chamber music provided by the Murdochs at Lowland Farm, Mount Macedon. Sixty or so people sit in a living room looking out of large windows to autumnal colourings in the near distance and then, further away, rolling hills of Australian bush.

I have also written of the wonderful combination of double reeds (oboe and bassoon) and piano that is the chamber group Ensemble Franҫaix. What bliss to combine the two in the Macedon Music concert last Sunday.

Three pieces in the Ensemble Franҫaix repertoire have become old favourites for me: the Trio by Jean Franҫaix, which started this concert and then later the Trio by Francis Poulenc and the final piece, the excitingly jazzy Trio by André Previn. For descriptions of these pieces, please see earlier entries that describe Ensemble Franҫaix concerts. https://jenniferbryce.net/2017/04/07/ensemble-fran%D2%ABaix/

Ensemble Franҫaix commissions works for their somewhat unusual combination. Last Sunday we heard a Ricercare by Queensland composer Chris Healey. Indeed, it was a world premiere. ‘Ricecare’ is a term usually associated with baroque music – music of a contrapuntal style that often weaves around a theme, teasing it sometimes, then ultimately establishing it. For me, one of the best known baroque examples of this device is the theme of Bach’s A Musical Offering. In Chris’s work there were fugue-like passages, but he said he used the idea of ‘ricecare’ as a kind of launching pad. Chris is a relatively new composer who has written for various combinations of instruments and also piano solos. He says he wants to stand on the shoulders of musical greats such as Ravel, Debussy and Stravinsky.

We heard the Australian premiere of Waharoa, by New Zealand composer Ben Hoadley. Ben travels a lot from New Zealand to Australia and the piece was, to some extent, a blending of these cultures. For example, a motif inspired by the New Zealand bellbird, and another, the Australian grey butcher bird. The title of the piece is a New Zealand place in the Waikato region.

Another piece new to me, but not a premiere, was Terra Incognita by Katia Beaugeais. The piece has two movements, the first, ‘misterioso’ depicts the mystery of the ‘unknown’ land that Europeans of the time before the 17th century believed must exist somewhere in the south.

The second movement ‘appassionato’ suggests the land and its native bird life. One interesting device was to have the oboe and bassoon blow into the open grand piano – the open lid deflected the sound in an eerie way.

The concert finished with André Previn’s Trio and we went home refreshed by its jaunty final movement.

It is well worth visiting the Ensemble Franҫaix website http://www.ensemblefrancaix.com/ I look forward to hearing many more concerts from this talented group.

PIANO AND ‘CELLO AT MOUNT MACEDON

Melbourne-based performers Blair Harris (‘cello) and Caroline Almonte (piano) gave an inspired and interesting performance at Macedon Music this Sunday. Mount Macedon is about 70 km to the north west of Melbourne — it was once a hill station resort, where the wealthy retreated from hot Melbourne summers.

It’s surprising that I don’t write more often about Macedon Music http://www.macedonmusic.com/ –  such a worthwhile institution: formed about 25 years ago, chamber music is performed in the home of Helen and Peter Murdoch. The audience sits in a living room and looks out large windows to sweeping views of Mount Macedon bush-land: just as chamber music should be – in an intimate setting. But more than this, the Macedon Music committee selects music that is new, interesting and of the highest quality. I’ve been attending the concerts since their inception and there is always something new, diverting, stimulating … 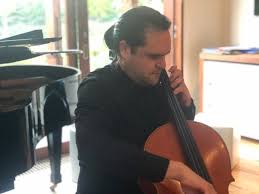 This time, one of the new experiences for me was to hear an electric ‘cello, on which Blair Harris performed Sept Papillons for solo ‘cello by Finnish composer Kaija Saariaho. 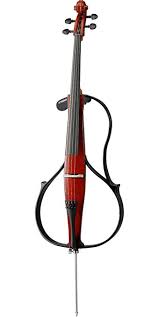 These seven brief descriptions of butterflies seemed to suit the electric ‘cello – light and flighty. 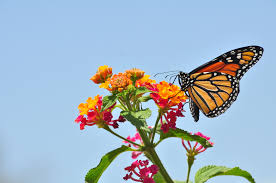 The main difference I noticed in the electric instrument is that the finger board seems to be more responsive than that of an acoustic ‘cello. This was followed by a piece of Australian composer Peter Sculthorpe (1929 – 2014) for ‘cello and piano, which depicts ducks on a billabong – very appropriate for our rural setting.

Then we heard local composer Caerwen Martin’s Heart of Yours, Heart of Mine, composed especially for Blair and Caroline and publicly performed on only one other occasion. Before interval we also heard Arvo Pärt’s Spiegel im Spiegel (Mirror(s) in the Mirror) composed in 1978. Minimalist music, the title suggests infinity and the idea of reflection, with the ‘cello and piano playing scale passages in opposite directions: as the ‘cello ascends, the piano descends, etc … The piece was originally written for violin and piano. It has been used in theatre and film – including a short film by Jean Luc Godard.

E.J. Moeran during World War I

There are two movements. The first starts with an ascending ‘cello scale that maybe suggests hope, but this is not maintained. The second movement has been said to express Bridge’s despair over the futility of war and the general state of the world at that time.

I would have preferred that the concert end here, as programmed, but the generous Blair and Caroline provided as encore a piece by Australian composer Gordon Kerry (born 1961) inspired by the mining of diamonds on Aboriginal land. I would have preferred to hear this another time, not when I was immersed in thoughts about the impact of World War I, inspired by Bridge’s powerful sonata.

What inspires composers these days?

On Sunday 13 November 2016, the Melbourne-based ensemble Plexus (www.plexuscollective.com) gave a concert for Macedon Music, where the oldest item was composed in 2014. This group of performers (violin, clarinet and piano) devotes resources to commissioning new works – both Australian and international. The money is raised from private donations and the trio members donate all their concert fees and box office takings to this endeavour.

The program started with Lost in Light (2014) by Queensland composer Robert Davidson. It is a ‘musical reflection’ on a poem, ‘I am not yours’ by American poet Sara Teasdale. It spoils the poem to quote only a few lines from it, but, to give an idea: I am not yours, not lost in you,/Not lost, although I long to be . . . Yet I am I, who long to be/ Lost as a light is lost in light . . .

There was a world première. Eli Simić-Prošić is a student of Melbourne composer Elliot Gyger. Eli was in the audience. The program notes tell us that Eli is interested in compositions that explore music’s capacity to create unique sonic spaces and temporal geographies through the use of repetition, and elements of stasis and moments of rupture. I imagined that this approach was important in the piece we heard, These Twinkling States of Mind (2016). The composer says that in this work he is attempting to channel the creative process itself: ‘the music continually motions through its own possibilities and tensions’. It did seem to me to work within a pitch range – although within this there were all kinds of metamorphoses and a feeling that this, like space, could continue indefinitely.

Composer Julian Yu has lived in Australia since 1985, having been born in Beijing. He was also present in the audience to hear selections from his 2014 work, Classical Stories, a series of humorous pieces with much parody and pastiche. First, was Two Swans Under Two Moons, which amusingly put together the swans from Swan Lake and Saint-Saens with moonlight from Beethoven’s piano sonata and Debussy’s Claire de Lune. In other pieces Tristan and Isolde met Romeo and Juliet, Mozart got a phone call (with that well-known Nokia ring tone), there was fun with Beethoven’s Fur Elise, the cat in Peter and the Wolf encountered a counter melody and there was a light-hearted homage to Shostakovich.

After interval we heard Tony Gould’s Trio for Stefan (2015), which has a mixture of classical and jazzy elements. In this case themes from two World War II songs are incorporated demonstrating, as Gould says, that ‘escaping history and influences is impossible’.

Another world premiere was Ian Munro’s Schubertiades (2016), which is a homage to Schubert, with two waltzs and a galop.

The final piece, Flurry (2015) was by Melbourne born Allan Zavod. When I started teaching, straight after university, Allan’s father Eddie taught violin in Victorian technical schools. It must have been a challenge to interest those young boys in playing violin and Eddie, with his vibrant personality, managed to. At the time he used to speak of his clever son, who was graduating from university. Allan is now a well-recognised composer and performer with a PhD who has toured all over the world, working with the likes of Robbie Williams, George Benson and Frank Zappa. Flurry is a tribute to the ANZACs, depicting battle and qualities such as mateship and courage.

Several of the composers represented in this concert had drawn on the past – jumping off from recognised pieces by classical composers or, as with Tony Gould, using fragments of popular songs. But there is also inspiration from poetry and a disastrous world event – the Gallipoli landing, and the searching and exploring of soundscapes, taking us to new sonic realms.