THE OUTSIDER AND THE MEURSAULT INVESTIGATION

In Camus’s The Outsider, a nameless Arab is killed on a beach in Algeria. He is killed by Meursault, a man who seems to be totally lacking emotion. The first words of the novel, narrated by Meursault are: ‘Mother (or Maman – translated from French) died today.’ Stark and devoid of grief. Much later in the book, Meursault happens to be walking on a hot beach, holding a gun.

He sees the Arab man and kills him. My sense was that it was just because the man happened to be there and Meursault happened to be holding a gun – some say it was because the sun was in his eyes. There is no apparent motive. Callous indifference to Arab life? It was 1942, a time of resistance to the French rule that would continue until 1962.

It seemed to me that the killing was utterly cold-blooded, and in this way, Meursault is absolutely true to himself. He is put on trial and the significant evidence is that he is different – much is made of the fact that he showed no grief at his mother’s funeral. Camus said: ‘In our society any man who does not weep at his mother’s funeral runs the risk of being sentenced to death. I only meant that the hero of my book is condemned because he does not play the game.’ The Outsider was first published in 1942. 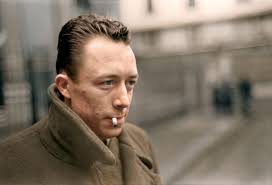 Some 70 years later, Kamel Daoud wrote The Meursault Investigation. It is from the viewpoint of Harun, the younger brother of the Arab who was killed on the beach in Camus’s novel. The Arab, who is nameless in Camus’s book is given a name: Musa. And the opening sentence is: ‘Mama is still alive today’: a kind of helix, echoing Camus’s opening. Indeed, much of the book describes the mother’s desire to seek revenge even 20 years after her oldest son has been killed. 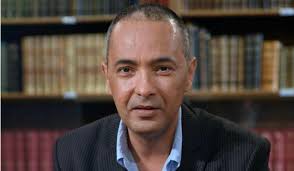 Harun was only seven when his brother was killed. The body was washed away, so there could be no funeral. Over 20 years (the book is set in 1962), the killing has dominated Harun’s life. He is now a drunk – his story is narrated from a bar, he is lost and a stranger in his own country – indeed, the implication is that Algeria has lost itself: Harun wants to ‘bellow’ his ‘impieties’. For him, God is a question not an answer. The choices of nationalism or religion are meaningless.

Harun ultimately enacts his revenge by killing a French settler just after the cease-fire in the War of Independence. Had he killed the man before the cease-fire, he would have been a hero. He certainly doesn’t seek notoriety. After murdering the Frenchman, Harun is taken by soldiers and questioned, but he isn’t questioned about the murder. Instead, he is interrogated as to why he never joined the fighting for the resistance. Harun feels cheated when he is set free with no punishment for the murder.

According to Wikipedia: On December 16, 2014, a death threat against Daoud was issued from a Facebook page that is now locked. Daoud was labelled an apostate, ‘an enemy of religion’. There was a call for Daoud’s execution, on the grounds that he is leading a ‘war against God and the prophet’. Daoud filed a complaint for incitement with the ministry of religious affairs. Various individuals and groups also signed petitions and published open letters in support of Daoud. Defending himself against the charge of blasphemy in a TV interview, Daoud said: ‘It was a fictional character in the novel who said these things, not me. If we judge people on the basis of characters in their books, we will be facing dark times in Algeria.’ 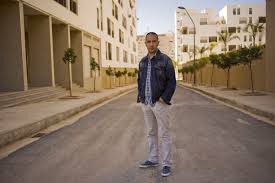 3 Comments to “THE OUTSIDER AND THE MEURSAULT INVESTIGATION”