Most people of my generation will have heard of the Mitford sisters who were a part, albeit a subversive part, of British aristocracy during our childhood and young to middle adulthood. But, which was the writer? Which was the communist? Which was the friend of Hitler? Nancy Mitford had written quite prolifically and was particularly known for her semi-autobiographical Love in a Cold Climate. I knew that one of them had associated with Hitler, and another with Sir Oswald Mosley — but I was often confused about who had done what. So, when I saw Laura Thompson’s The Six: The Lives of the Mitford Sisters on a bargain table at Readings Bookshop, I snapped it up.

On the one hand, the book is quite easy to read, but on another, it hops between one sister and another, so I had to keep resorting to checking the family tree provided at the front of the book. As a Washington Post reviewer says, Thompson ‘leap-frogs’ from one sister to another. https://www.washingtonpost.com/opinions/the-mitford-sisters-better-than-a-downton-abbey-episode/2016/10/05/bde9b5c8-57f4-11e6-9aee-8075993d73a2_story.html 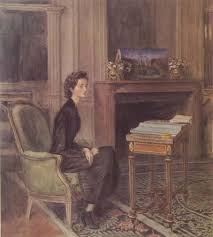 David, Second Baron Redesdale and his wife Sydney — described as ‘minor British aristocrats’ had seven children: one son, Thomas, born in 1909, and the famous six girls. Nancy was born in 1904. She became wealthy from her writing (most of the girls seemed to find ways of squandering their inheritance) and lived in Paris, for much of the time at Versailles, near the Palais.

Pamela, born in 1907, is known as ‘the quiet one’. She was a fascist sympathiser. The next girl, born in 1910, was Diana, famous for having (ultimately) married Oswald Mosley of fascist fame. They were married (a second marriage for both) in Joseph Goebbel’s drawing room in 1936, and Hitler was one of the guests. They spent much of the war years in Holloway prison, and after that under house arrest. 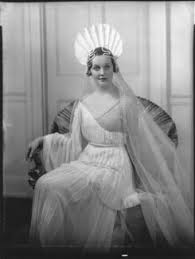 Unity, ironically christened Unity Valkyrie (given Hitler’s love of Wagner), is famous for having been a close friend of Hitler. Thompson’s description suggests that Hitler may have even shown a skerrick of kindness when she was ill. The day World War II was declared, Unity, who was in Germany, shot herself in the head — rather than killing herself, she ended up with brain injury that reduced her to infantile behaviour. She died of meningitis nine years later. She was shipped back to England and her devoted mother cared for her for the rest of Unity’s life.

Hobnobbing with Hitler before WWII

Unity, shipped back to England from Germany after shooting herself in the head

The second youngest girl was Jessica (‘Decca’), born in 1917.  A fervent ‘left-winger’, she gave her share of inheritance to the Communist party and lived in America, marrying an active communist, Robert Treuhaft.

The youngest, Deborah, was born in 1920 and entered the upper echelons of British aristocracy through marriage, becoming the Duchess of Devonshire. She also rubbed shoulders with American ‘royalty’ as a close friend of John F.Kennedy and his sister. 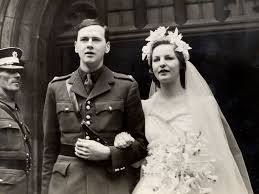 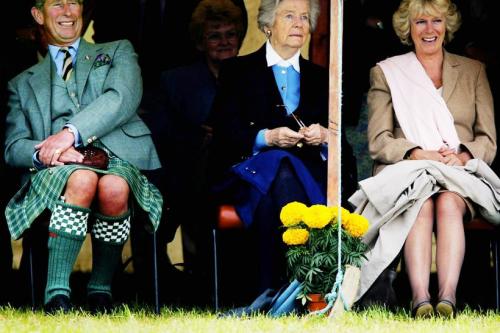 In later years, the Duchess of Devonshire with royalty

Laura Thompson presents these lives — showing the many family feuds: the ‘push and pull’. I kept thinking that however radical their behaviour seemed to be it was always cushioned by that substantial British aristocratic background (Nancy coined the terms U and non-U: whether some word or behaviour was upper class or not). As one reviewer says, ‘there is no letting them off the Hitler hook’. At least I now have a somewhat clearer idea of who did what.

2 Comments to “The Mitford Sisters”