A Ladder to the Sky

John Boyne’s most well-known book is the YA, The Boy in Striped Pyjamas(2006). I haven’t read it or seen the film that was made. John Boyne, from Dublin, was a guest at Adelaide Writers’ Week.

It is said that ambition is putting a ladder to the sky, and Boyne’s book, A Ladder to the Sky is about a sociopathic writer who is totally dominated by ambition. We first meet the divine looking young Maurice Swift as he taunts an ageing gay novelist, Erich Ackerman. This part of the book is from Ackerman’s point of view. Maurice teases out a story that Ackerman has never before told, about a terrible act he committed when he was a member of the Hitler Youth in Nazi Germany. Maurice heartlessly appropriates this story, launching his own career with a best seller and ending Ackerman’s career in ignominy.

The second part of the book, an ‘Interlude’, is from Gore Vidal’s point of view – told in the third person. Writers are gathering at Vidal’s opulent pad on the Amalfi Coast and Maurice, flaunting his good looks, is in tow with a well-known American writer. Some reviewers have liked this part of the book best, but I preferred to be carried along by the breath-taking horror of the next few sections.

I found the next section technically very interesting. Written from the point of view of Maurice’s wife, Edith, it is narrated in the second person, addressing Maurice. They are living in Norwich. His writing appears to be at a stand-still while she has just published a very successful first novel and is teaching creative writing at the University of East Anglia. We, the readers, start to sense a creeping menace – why is her computer warm when she arrives home earlier than expected? Maurice can put together a sentence quite well, but has no ideas for plot and, being an utter sociopath, presumably has no interest in character. He appropriates her ready-for-the pubisher second novel. She finds out. She must go. He pushes her down the stairs and she ends up on life support. The end of this section is extraordinary. Narrated by Edith in a coma – she can hear, but cannot communicate. And she knows so much: she is the only person who knows that Maurice is selling her novel as his own work. She also knows that her sister has planted child pornography on her estranged husband’s computer so that he will be barred from having access to their children. Edith also knows that she is pregnant, but loses the baby in her fall. Edith’s last perceptions, which are spaced out more in the print form of the novel, adding poignancy to her last few moments: ‘I can hear switches being turned and the wheezing of an artificial breather as it starts to slow down, and that’s when I realise. You’re turning me off, aren’t you, Maurice? You’re turning me off. You’re killing me. To protect yourself and, more importantly, to protect your novel. My novel. Your novel.

You’re reaching down and taking my

Nothing more needs to be said. 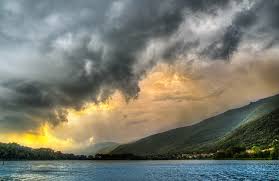 The rest of the book is narrated by Maurice. He continues to build his career in New York, where he owns a literary magazine – ideal for appropriating story lines from short stories he rejects for publication. He has a son, through surrogacy – for some strange reason he always wanted children. But – a similar story – Daniel finds out too much – particularly the appropriated novel from Edith, whom Daniel wrongly thinks is his mother. Thirteen-year-old Daniel dies of an asthma attack when Maurice withholds his ventolin puffer. 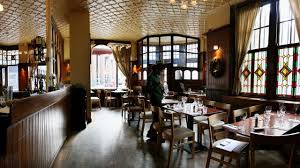 Maurice returns to London and becomes a drunk. A student takes an interest in him and the forever ambitious Maurice agrees to meet him on a regular basis in various pubs, understanding that this association will lead to a biography, since the student’s father is an editor at Random House. Playing on Maurice’s growing frailty, the student manages to expose everything. Maurice ends up in prison for life. As a rather satirical coda,  Maurice teaches creative writing while he is incarcerated. One student writes particularly well – a novel ‘that would give Henry James a run for his money’. But this student dies in a prison brawl. Maurice, of course, appropriates the work. It is published and ends up one of the best-selling books of that year.

I loved the irresistible plot, the variety of writing and particularly the rather smug sense of humour as Boyne gently satirises the literary world of festival circuits, publishers and literary prizes.

Filed Under: My Reading
Tags: A Ladder to the Sky : John Boyne

2 Comments to “A Ladder to the Sky”