The English writer, Brian Aldiss, died on 19th August, aged 92. I met him back in 1978 when he came to Melbourne as guest of honour at a science fiction convention. I am not a science fiction reader, and at that stage I hadn’t read any of his work. My new partner and I had just moved into a magnificent flat on Marine Parade St Kilda – big enough for table tennis and a large party of science fiction fans. I was overwhelmed and intrigued by science fiction fandom but quite unable to talk about science fiction. Aldiss, then in his early fifties, conversed politely and reassuringly in his gentle English voice. I remember he called me ‘Mrs Foyster’ and I was too in awe to correct him, although even later, when married, I didn’t use my husband’s surname.

Recently I discovered Forgotten Life (1988), one of Aldiss’s mainstream stories. Although definitely fiction, it is a kind of memoir with his life melded into the character of Clem Winter. Clem’s wife Sheila (aka Green Mouth) writes science fiction. Clem lives a quiet and usually comfortable life as an Oxford academic – but his brother dies, leaving a whole lot of diaries and notebooks that on the one hand are a duty for Clem to sort through but also tell him and perhaps help him to understand the life of his almost estranged brother, 12 years older than him. Through this process Clem comes to understand his own life. Joseph, and to a lesser extent Clem, lived with the consequences of believing that their mother never loved them. Her first child was a baby girl who didn’t live and Clem felt that his being a boy was a huge disappointment. Joseph had been sent away to his grandmother’s at the time of Clem’s birth, and this had a profound effect. Aldiss spent much of his childhood away in boarding school.

Aldiss was just old enough to participate in the end of World War II, and Clem’s brother Joseph, as a very young soldier, was sent off to Sumatra, far away from his family. Here he had his first serious love affair with a married Chinese woman. Clem unravels his brother’s life through reading his letters and diaries. Joseph never settled down with a woman – we are led to believe (Clem is conveniently an analyst) that this was because he instinctively feared that if he got too close to a woman she would abandon him as he felt his mother had done. 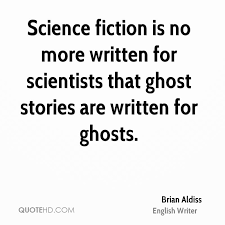 As Green Mouth, Clem’s wife is highly popular and successful. Early in the book there are scenes at a convention in America – parties, dress-ups, adoring fans. Near the end of the story, when Clem and Sheila’s marriage looks pretty hopeless, we find out that Green Mouth was the name of her favourite doll and Sheila had been literarily abandoned as a child – not just sent away to boarding school. Clem catches Sheila in bed with her editor, and she leaves, it seems for good, with her suitcase. But, within hours of storming out, she is back and the story ends with the sound of her key turning in the door of their Oxford home. Beautifully paced and crafted.